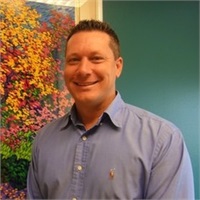 Jim is a co-owner of Anderson Wealth Planning with his father Jerry, and brother John, and currently serves as the Executive Vice President.

Jim grew up in Louisville, Kentucky, where he attended Eastern High School, before attending the University of Louisville. In 1993, he moved to Kailua Kona, Hawaii (also known as The Big Island), and went into business with his father. Jim has been in the financial services industry for over 24 years, and holds a wide range of securities and insurance licenses, while servicing clients in eight different states.

While experienced with all kinds of investment accounts, Jim's primary area of experience is with retirement accounts of all kinds, including 401(k), 403(b), Traditional, Roth and SEP IRA's, SIMPLE Plans, and Defined Benefit plans. He designs and implements 401(k) plans for both small and large businesses, and works closely with large company plans like UPS and General Electric.

Jim is married to Sandy Anderson, and is the proud father of three beautiful children—Kennedy, Alec and Chloe. In addition to spending time with his family, Jim is an avid tennis player and golf enthusiast, and a die-hard University of Louisville athletics fan and supporter. He was a member of the 2007 USTA 4.5 Men's National Championship team from Kona, HI. Also, as a past member of the KY Air National Guard, is a veteran of the original Gulf War—Operation “Desert Storm” (1991).